I’ve been steeped (pun intended) in the world of fine Chinese teas for well over a year now, and I’ve been around long enough to know that Seven Cups has a reputation for sourcing good tea.

I had, for the past few months, been eyeballing a few of their offerings, but between my birthday in November and Christmas in December, I took the prudent course of action and held off on purchasing anything for myself. That is, until 3pm on December 25, when I became certain that nothing from Seven Cups was coming my way, at which point I proceeded to drop a hundred bucks on tea because I have a hobby.

The bulk of the cash outlay went towards purchasing a 200g cake of 2016 Bai Long Xu Gong Cha, which bills itself as:

…unusual compared to other puers. The buds are fresh, silver, and fuzzy. They yield a rich, sweet, and complex brew, like a bunch of fresh-picked flowers, due in part to the high concentration of amino acids. The color is a bright, light apricot color and the aroma will accompany you through the last cup. 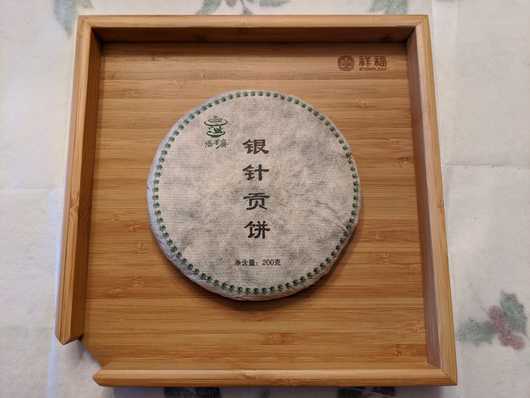 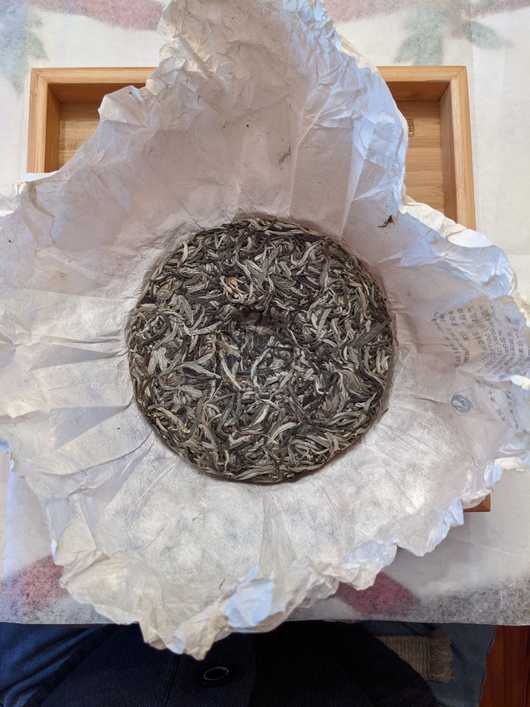 The first thing that really stood out to me was the smell. This cake did not smell like a sheng (raw) pu’erh at all; it definitely had the aroma of white tea.

The second thing that stood out to me was the texture of the leaves — they were unlike any I had felt before (from a sample size of a dozen or so cakes/bricks). 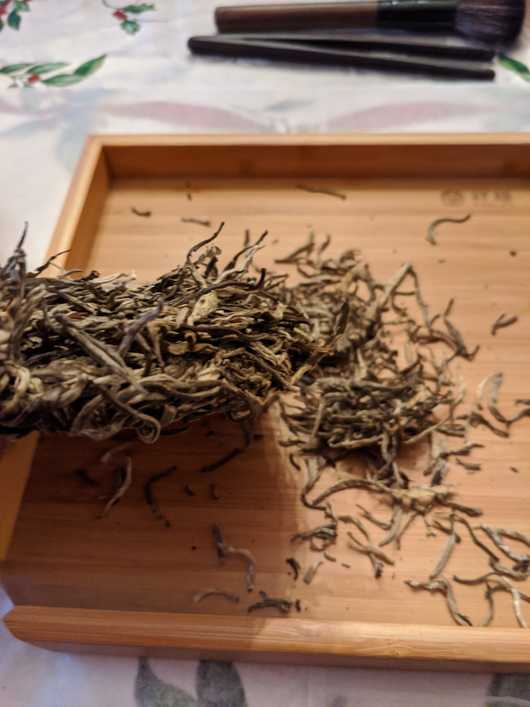 The leaves themselves were downy and supple — as though they could be plied without risk of snapping. It’s the first time I’ve been able to describe tea leaves as being soft, rather than “delicate” or “brittle.”

The other thing that I had never experienced before was that the leaves basically untangled themselves from the cake. It was far and away the easiest cake I’ve ever picked (I removed 75g from the 200g cake), and there was only a single clump at the very center. Very nearly everything else remained as whole leaves. 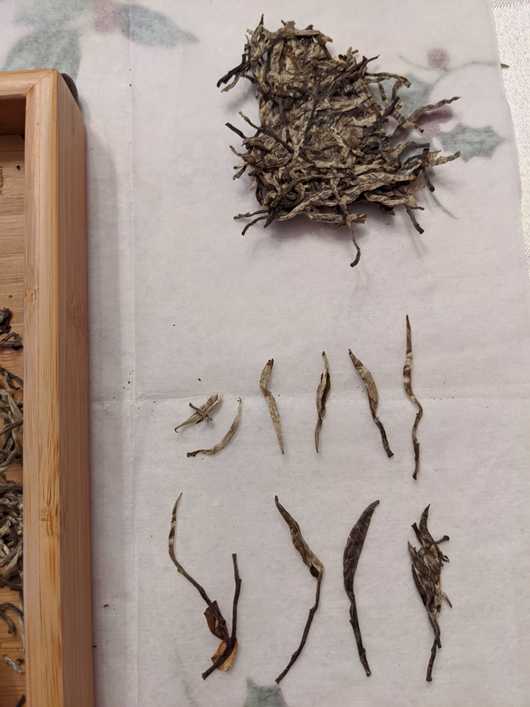 The brew ended up being very light in color, not at all like the “light apricot” promised in the description. Here, though, I started to smell some characteristics of a young sheng pu’erh, though it was still predominately white tea in both appearance and aroma. 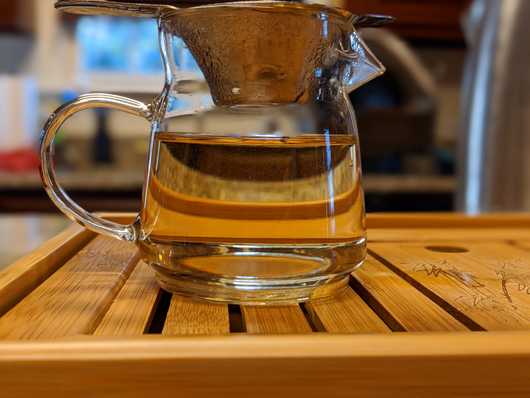 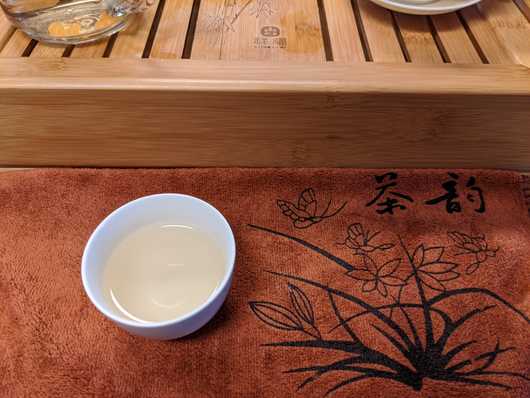 When I took the first sip, my immediate reaction was, “Oh, this IS a pu’erh!” Which makes sense given its preparation and brief aging. But the texture, fragrance, and now even flavor of a white tea remained, and the feeling I ended up settling on was:

After offering some to my darling wife Katie, she concurred that it’s primarily a white tea, though I think she has arrived at the habit of nodding sagely in agreement so as to avoid any discussions that may result from having differing opinions when it comes to tea.

Overall, the tea was a unique experience whose flavors and essence convey tendrils of mist weaving between the floral notes of a white tea, and the earthy, wooded flavors of sheng pu’erh — committing to neither; remaining light and effervescent.