Thank you, everybody, for your concern. Squishy Kitty is doing well and is looking forward to his new lease on life.

When we left off last time, we had a plan and a parts list.

You see, I discovered after I had already purchased the parts that this project was going to involve soldering. I thought I was going to be more of a “plug me into the GPIO pins” kind of project.

You know, just solder 80 joints before you get to that point.

My soldering iron is a Hakko FX-888 and I am a HUGE fan. The ceramic stand is very secure and has a built-in tip cleaner and cleaning sponge. You can also specify the temperature you want the tip to be, and it heats up VERY quickly. 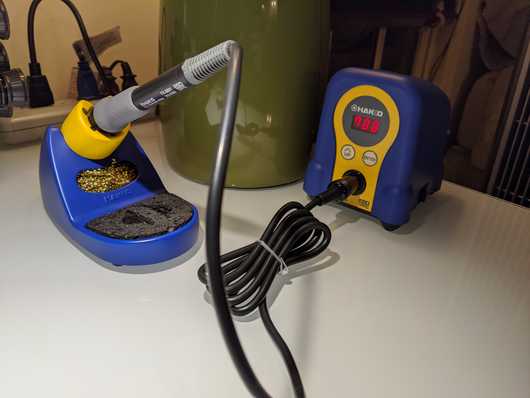 First, I soldered the 40-pin male header to the Pi: 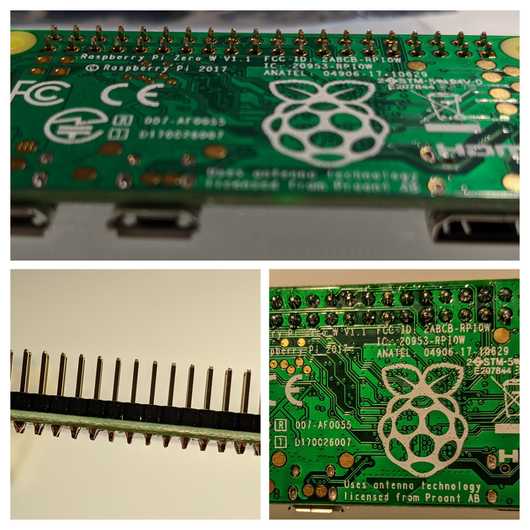 Then, I soldered the 40-pin female header to the Pimoroni: 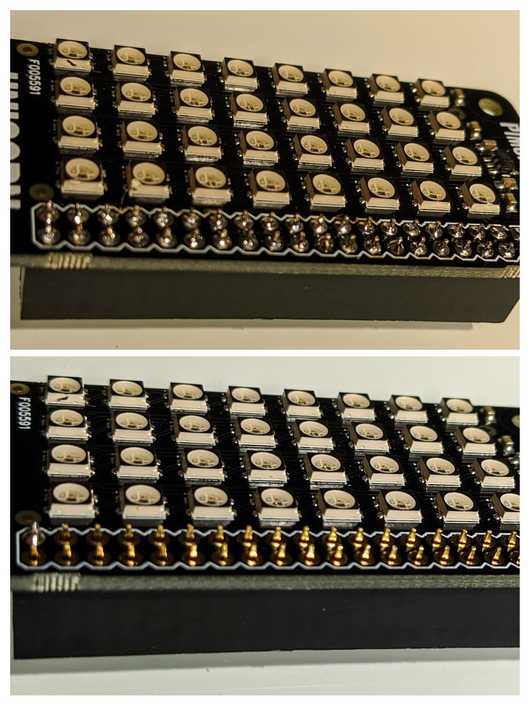 In the bottom image, you can see the corner pins are soldered first to secure the pins in place before doing the others. The top half shows the completed soldering job on the Pimoroni.

Despite my nonchalance, soldering is the perfect opportunity to destroy electronic equipment. Or your body, for that matter: toxic fumes, 700° implements designed to melt metal… it’s a disaster waiting to happen.

So while we’re calming down from the stress of nearly poisoning and mutilating ourselves, let’s download the OS to our microSD card so we can test to see if we still have a working Pi.

To get the OS installed, I downloaded the following to my personal computer:

Flashing a drive is something I need to do once every other year or so: just infrequently enough that I end up needing to find a new tool to do it every time. It’s pretty neat to watch the state of the art improve as programming, tech, and maker culture becomes more user-friendly. Etcher is far and away the nicest flashing tool I’ve used; we’ve come a long way since the days of dd-ing images by hand to /dev/whatever.

Anyway, the process was:

A couple minutes later and we had an SD card with Raspbian on it. And that was it!

I’ve had mostly good luck with soldering, starting all the way back in 2004 with my first major project (involving an Xbox). I don’t do it very often, but soldering is enough fun that after every every successful job I can picture myself making a hobby out of it.

It is time for the moment of truth: was the soldering successful??

Let’s throw the SD Card into the Pi, and the Pi into the case: 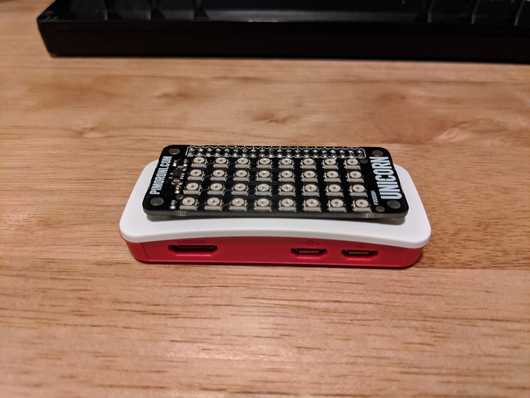 Oh yes, I did mention an incomplete parts list earlier, didn’t I?

I avoided needed to purchase these because I hoard cables and electronic parts, but in order to get up and running, you’re also going to need:

Once everything is plugged in: 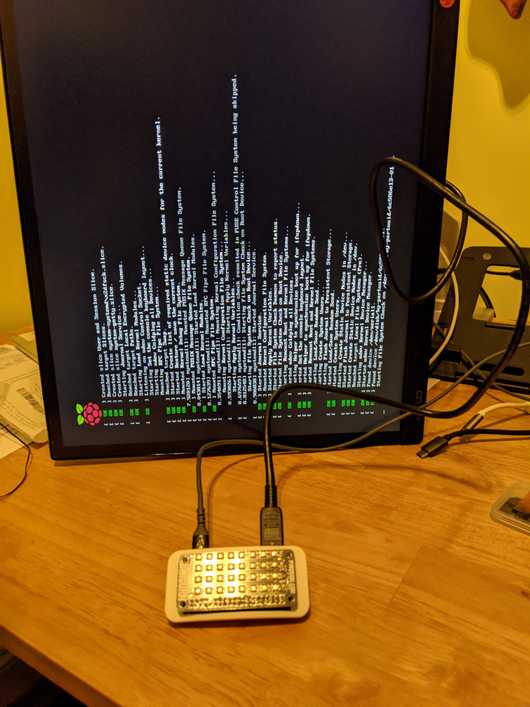 The Pi boots up! We didn’t destroy our electronics! …probably.

We still haven’t yet proven whether or not all the soldering was completed correctly.

In the next post, if everything goes according to plan, we’re going to:

This may merit its own post, and it may also be unnecessary, but if the Pimoroni libraries are only available in Python, and if we want to manipulate them in Clojure, we may need to use some GraalVM magic to invoke Python functions from Clojure.