I am pleased to report that, after a grueling 18 day journey, my $163 Threadripper 1900x arrived, by way of the Netherlands, all the way from Berlin to my humble abode in the suburbs of northern Virginia.

First though, I must come clean: There were additional purchases made since part one of this blog series.

Keep in mind (if you’re attempting a similar build) that X399 motherboards do not have on-board video, so you’re going to need to add a video card for initial setup and installation. This is not something I spent money on, because I am swimming in a sea of (now-retired) GPUs from my cryptocurrency mining ventures.

Finally, because I am actually at risk of permanently losing data, I decided to purchase some mechanical drives to tide me over until NVMe prices come down. In addition to addressing pressing concerns over data loss, the mechanical drives can exist in a separate zpool and serve as ZFS snapshot storage, as well as off-site storage for my father.

They’re loud though; it’s driving me nuts! But I’m getting ahead of myself.

I looked at the Backblaze Hard Drive Stats to get an idea of what the reliability of mechanical drives looks like these days, and decided to go with two HGST drives in a mirrored configuration. Could I have gotten away with a single drive? Yes. Absolutely I could have. But that is not something I considered until writing this paragraph.

Ziggy was most helpful 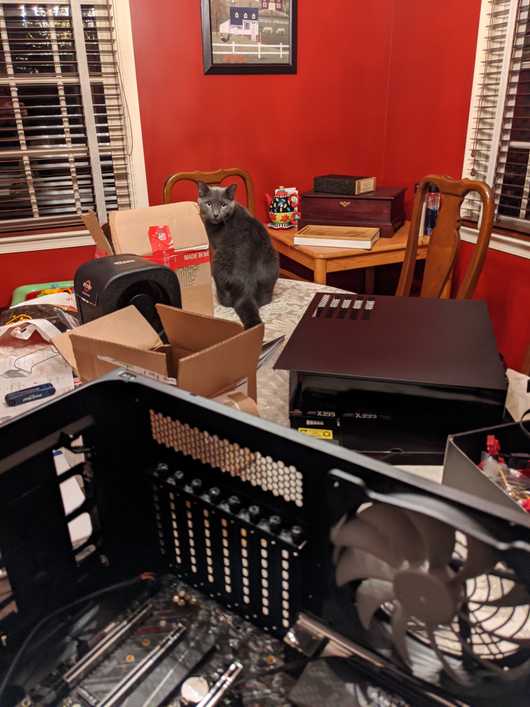 We apply thermal paste according to the instructions 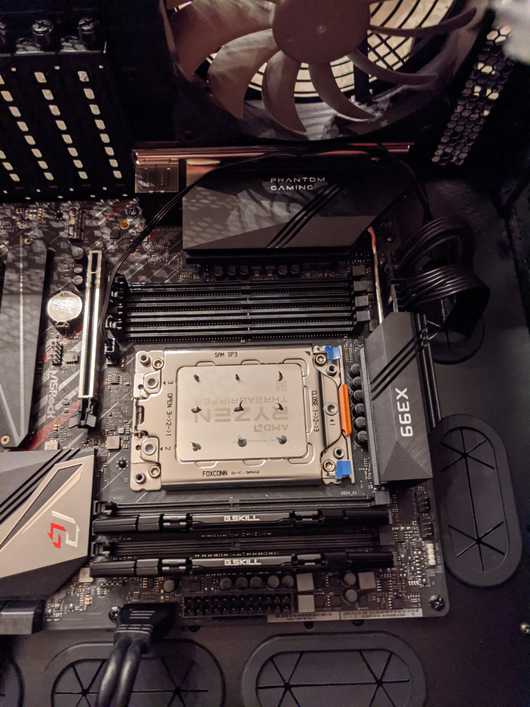 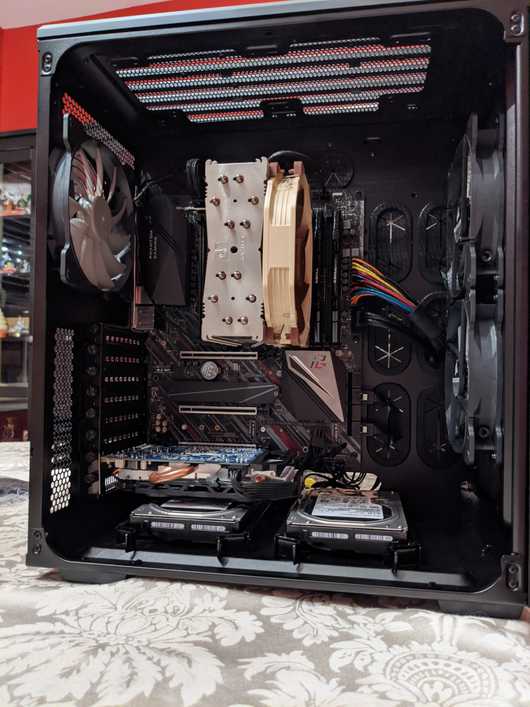 After the initial installation was complete, the absolute very first command I ran on the server was to install the (lowercase) holy trinity of tmux, git, and vim.

Then, because it’s connected to a network, I decided to set up some firewall rules. Ubuntu 20.04 ships with ufw, so I went with that, allowing SSH and RDP:

Speaking of SSH and RDP, let’s install those, too:

With all the essentials out of the way (and really, I’m so so surprised how fast it went), it was time to set up ZFS. Luckily, Ubuntu 20.04 just ships with it. It was already installed! Magic.

I checked out the sector size and logical addresses of my drives:

Based on this information, it looks like we need to set ashift=12 at pool creation time. So I created the pool,

…and that was it!

I have rsync going now copying my data from the old server. It would be much faster to export the old zpool, plug the drives in to the new server, and transfer the data over SATA, but I’m basically terrified now of anything else happening to the old drives, because they are on their way out the door to buy a bucket-kicking farm.

Actually, I’ve already had the old server lock up on me once, at about 83GB into the transfer. I had to do a hard reboot and wait for the zpool resilvering to finish before resuming rsync.

We’re now up to ~207GB transferred at an average cruising speed of 25MB/s over the network. Obviously we’re IO bound right now, because the network supports 5x that, so I am (again) looking forward very much to getting all this data onto NVMe drives.

Next steps for me are to install Plex Server and see how I feel about using it to replace my “use SMB to mount a drive on Kodi” HTPC solution. That might need to wait until all the data is copied, which I expect to take a couple days (barring catastrophic failures).

Fortunately, the data will copy while I sleep. Thanks for reading; I will report back soon!